Apple’s smartphone market share in China reached an all-time high of 23% as it surpassed Vivo in the fourth quarter of 2021. According to research company Counterpoint Technology, the tech giant reclaimed the number one spot in the country for the first time in six years, with sales growing 32% year on year. The last time Apple ranked first was in late 2015 after it launched the iPhone 6, which attracted the Chinese market with its unique large screen.

Despite a decline in China’s smartphone sales, Apple saw solid growth owing to the new iPhone 13 release last September. The new device had a relatively lower starting price upon release, as well as an updated camera and 5G capabilities.

Furthermore, Apple’s main competitor Huawei saw its market share drop to just 7% in the fourth quarter of 2021, with sales falling 73% year-on-year. Once the most prominent smartphone player in China, Huawei has been hugely impacted by ongoing US sanctions, cutting the company off from essential software and components for its devices. 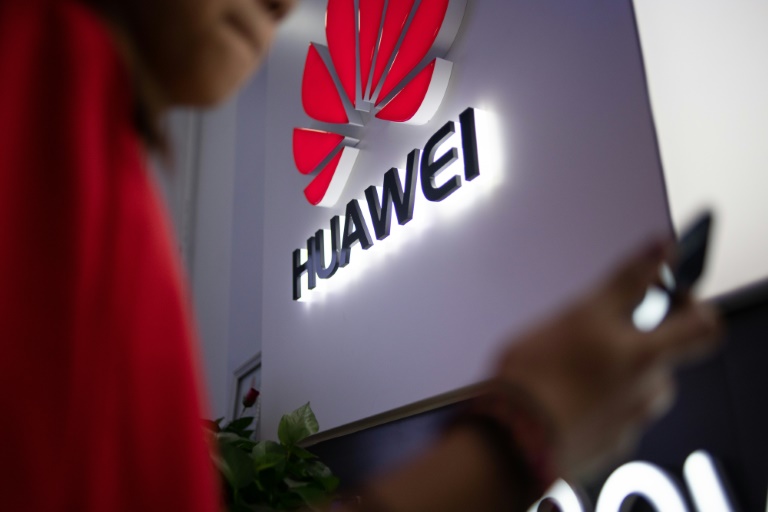 Huawei’s decline has led to intensified competition and a rapid change in market dynamics. Oppo won market share in Q1 of 2021, followed by Vivo in Q2 and Q3. 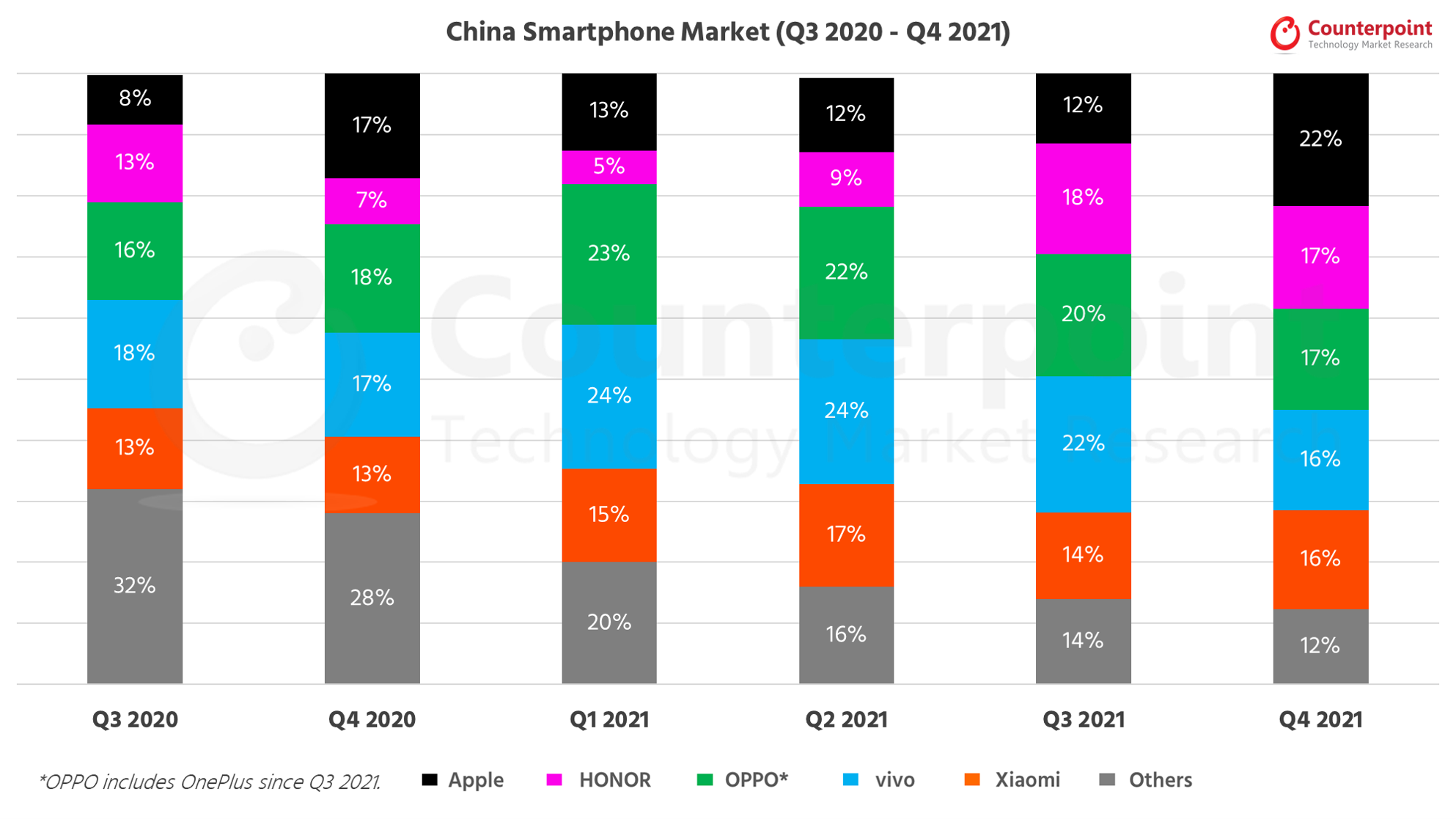 Overall in 2021, Vivo ranked second after Apple with a 19% market share, followed closely by Oppo with 17%. Their success was driven by their expansive product portfolio—namely the X70 and Reno 7 series—and aggressive offline penetration. 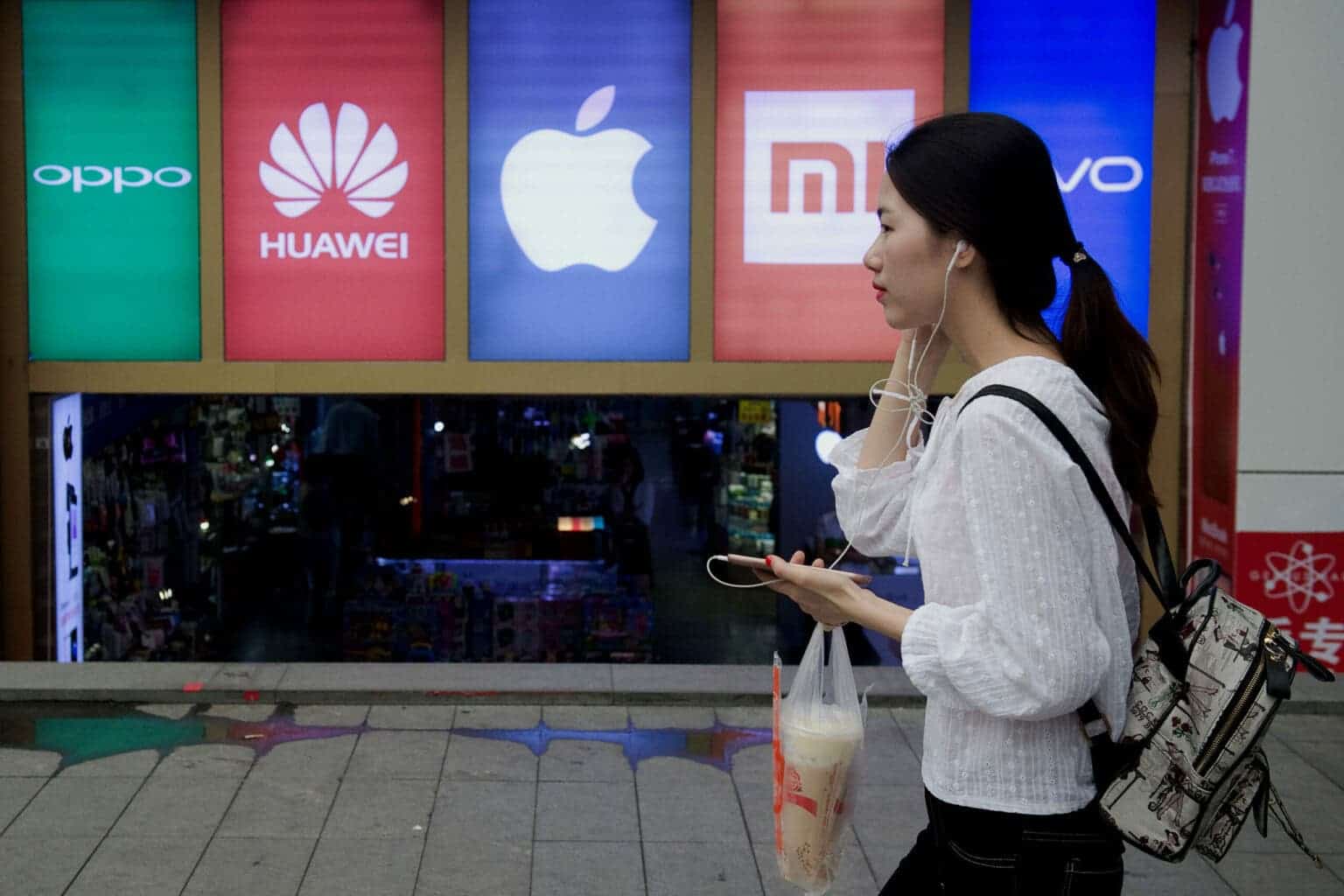 Commenting on the Chinese smartphone market, Senior Analyst Ivan Lam said, “China has been experiencing a complex economic environment where exports are driving the growth, and domestic spending remains lackluster.”

Android vs. iOS in China

Despite Apple’s leading market share, Android is still the most popular operating system among Chinese smartphone users, with 78% of the share as of January 2022. However, not as we understand it in the West, as the corresponding Google Play Store is unavailable in China.

iOS holds 21% of the remaining market, which is available as a different version from the rest of the world to conform with Chinese licensing laws. To reach users in China and the rest of the world, app and game publishers must launch on both versions of the Apple App Store.

Huawei AppGallery, Tencent My App, and Oppo Software Store are the top app stores for Android with 530, 300, and 250 million monthly active users, respectively.

Interestingly, 41% of app releases in China are games compared to the worldwide market, where only 14% of total publishers’ apps are game releases.

In terms of downloads, apps by Chinese publishers reach an average of 3.53 million downloads compared to the average of 227,000 downloads for all apps.

Another interesting comparison reveals that 7% of apps by Chinese publishers are paid compared to 3% of total apps. Moreover, Chinese users account for approximately 40% of global app spending.

While WhatsApp, TikTok, and Instagram were among the most popular apps in Europe and the US, the Chinese market saw a very different picture in 2021. This is mainly due to China’s mega-app, WeChat, which fulfills many of the needs of mobile users in China.

Based on MAU, the most popular apps in China in 2021 were as follows:

The success of Apple in China is encouraging and is a motivator for Chinese OEMs to strengthen their foothold in the industry.

So, while Apple is at the top now, it’s likely it will soon be outperformed in the coming months as iPhone 13 sales slow down.

Engage Your Customers in China

With over 900 million smartphone users, China is still by far the biggest market and growth opportunity for app publishers globally. In partnership with mobile games publisher MyGamez, Swrve’s suite of customer engagement solutions is now available to global games and app publishers in China.

You can read more about our new partnership here.

And, if you have an app on Huawei and would like to engage those users, you can do so thanks to Swrve’s Push Kit SDK.