Permanent TSB has a long banking history in Irish communities, with roots that stretch back over 200 years. Throughout this time, its focus has been on delivering exceptional customer service and connecting with local communities, providing mortgages and community banking services. Permanent TSB has a presence in 75 locations nationwide and is a leading provider of Retail and Business Banking in the Irish Market, serving over 1 million customers.

Established in 2020, the Permanent TSB Community Fund supports Irish communities by providing funding to local community organisations that are having a positive and meaningful impact on the ground and who are working hard to make a difference. 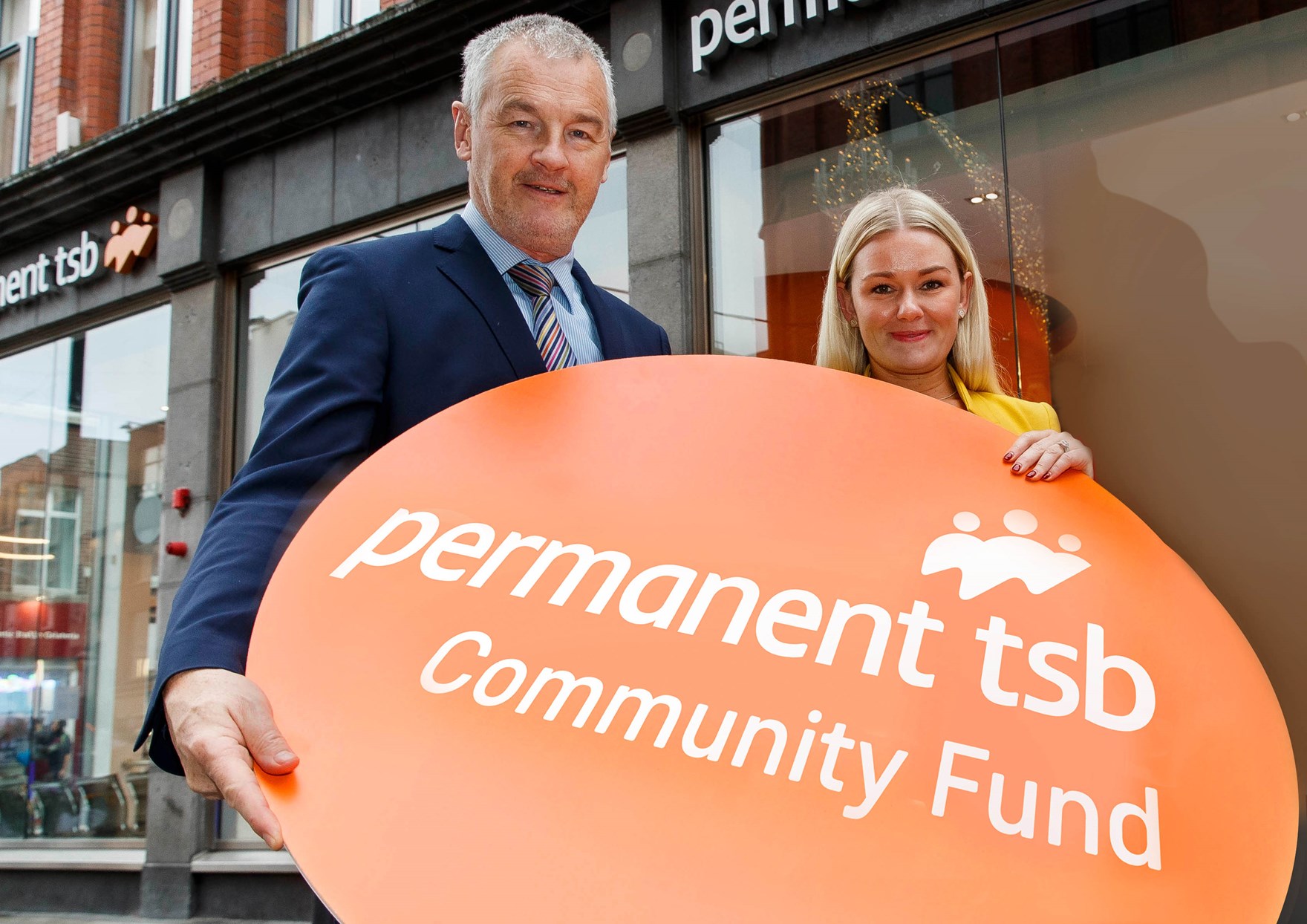 The Fund operates in each of the Bank’s regions nationwide and aims to provide c.€300,000 in funding to six local charities chosen by Permanent TSB’s employees, customers, and members of the Irish public.

Since its establishment, the Community Fund has contributed more than €1 million in funding to Irish-based community organisations, supporting local communities across the country.

​​Now, more than ever, businesses have a profound role to play in supporting communities to navigate this new, incredibly disrupted world and transformed society.

The impact of Covid-19 has been challenging for the charity sector, particularly those providing a critical service to the people of Ireland at a time when they needed it most.

As a relatively new initiative, Permanent TSB needed an effective way of raising awareness for the Community Fund while also driving engagement and encouraging voter participation amongst its employees and customers in a way that was safe during a pandemic but also flexible and secure.

Rather than choosing the charities internally as an organisation or at random, Permanent TSB wanted to encourage participation among its employees, customers, and communities—enabling them to have their say on where to channel the investment. By using a voting system, the Bank could ensure it was supporting the initiatives that meant the most to local communities.

“We wanted a means of getting the Community Fund in front of our colleagues, customers, and communities to ensure that everyone had a chance to cast their vote and have their say. With Swrve’s in-app messaging campaign, we were able to do this successfully and in a way that was both flexible and secure.”—Thomas O’Brien, Digital Channel Manager.

Using Swrve’s in-app messaging solution, the Bank targeted its online banking customers with a campaign informing them of the Community Fund initiative and encouraging them to vote for the local charity they would like to see the Bank support for the fundraising year ahead.

When the campaign went live, the user received a full-screen in-app message on their next app launch with an outline of the initiative and a call to action to cast their vote by continuing to the voting screen. 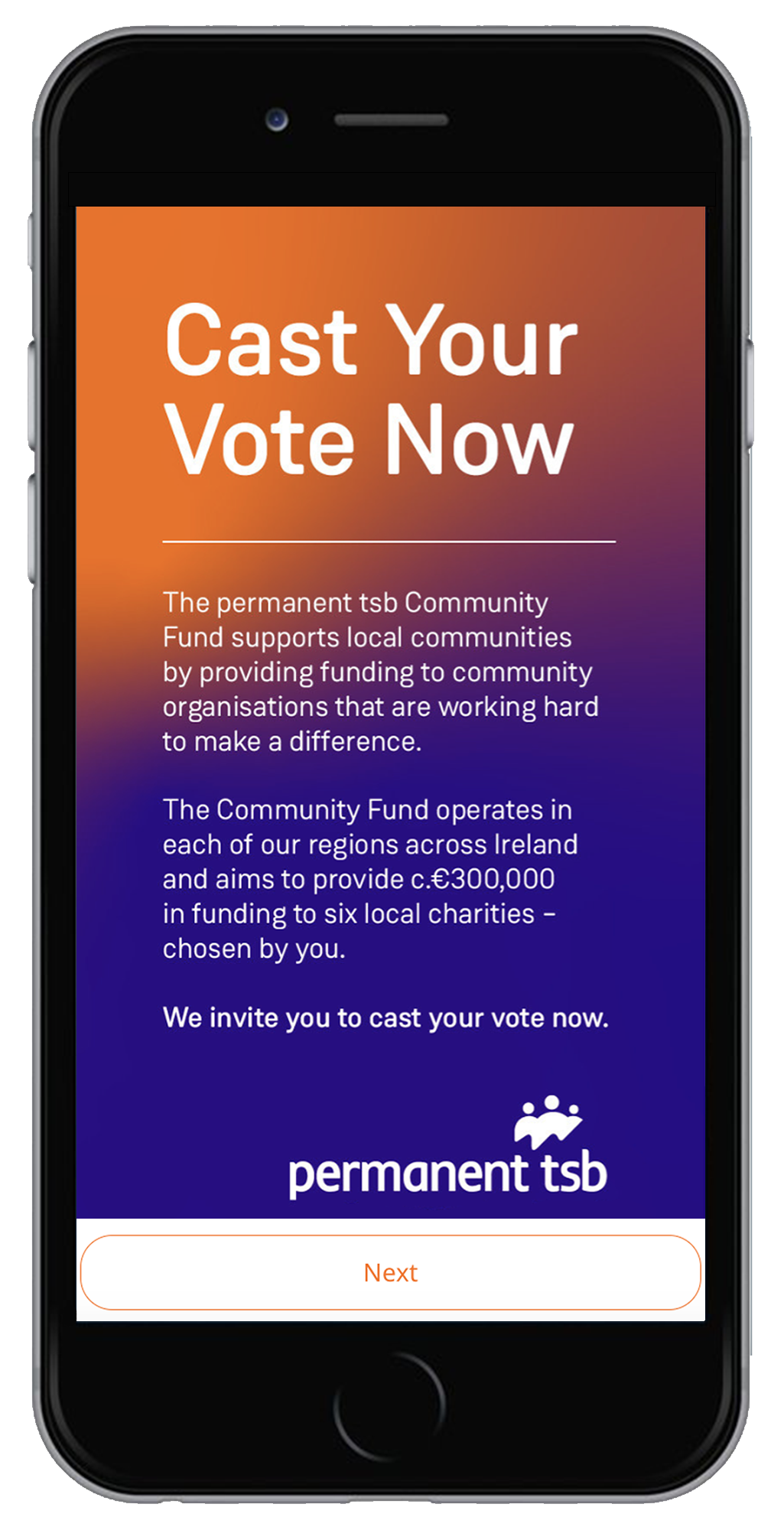 The next screen asked the user to select their Region. Depending on the Region selected, the user could then choose from a shortlist of local charities.

The user would then tap the CTA button ‘Vote Now,’ proceed to a thank you screen and continue to their online banking service. 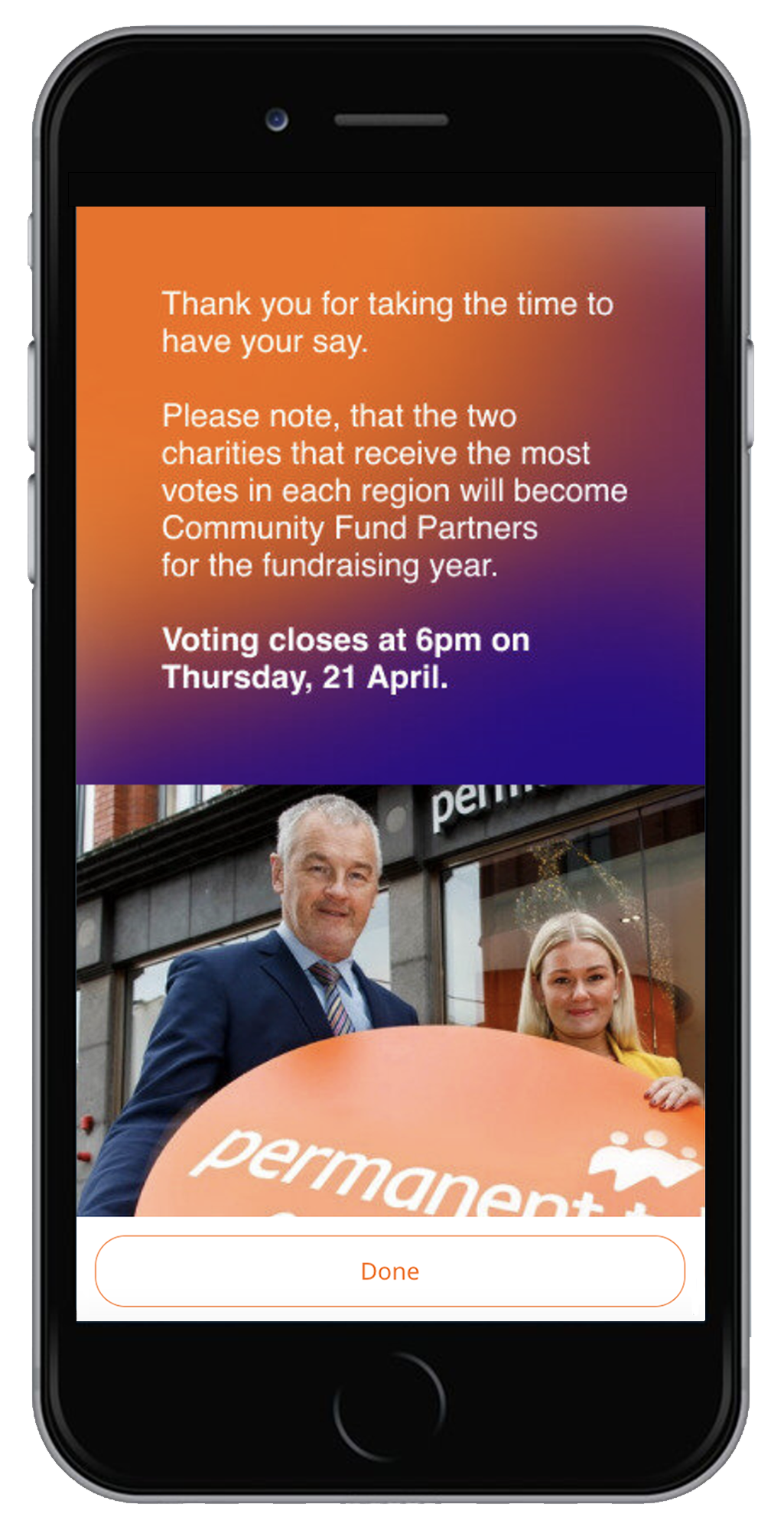 With 120,000 votes cast by the Irish public through both the Bank’s website and in-app messaging campaign, in April 2022, Permanent TSB was proud to announce Ronald McDonald House Charities, Aoibheann’s Pink Tie, Cycle Against Suicide, The Down Syndrome Centre Cork, Down Syndrome Ireland, and The Western Alzheimer Foundation as its Community Fund Partners for the fundraising year. 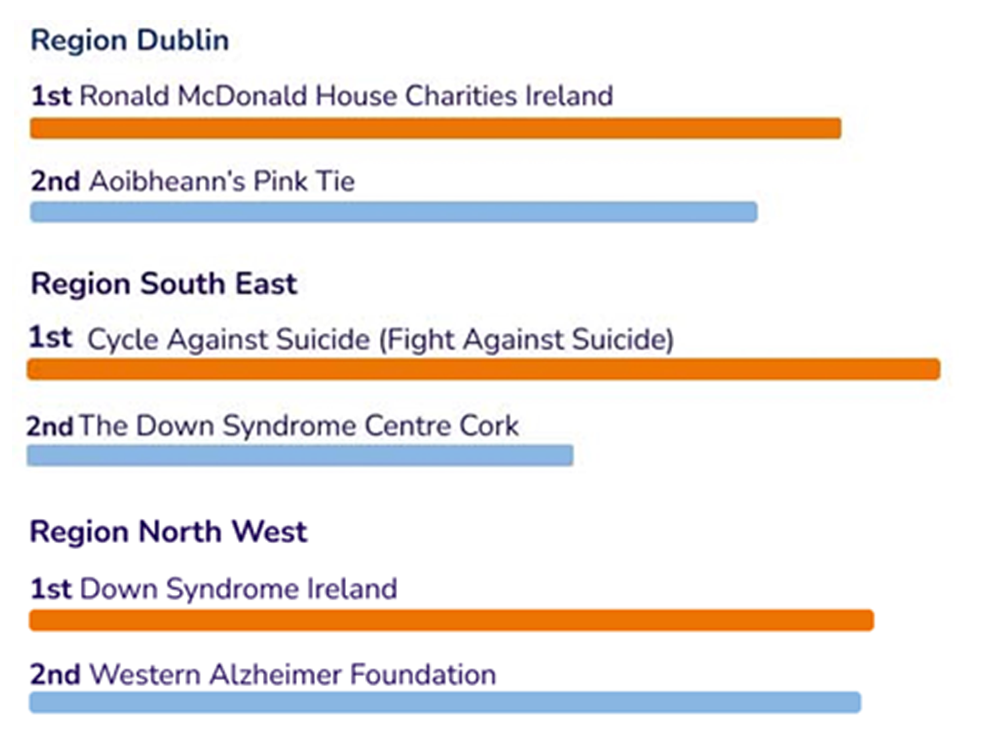 105,000 votes were cast through the in-app voting mechanic provided by Swrve. In addition, the Bank’s website generated a further 15,000 votes, resulting in a total of 120,000 votes cast throughout the campaign.

“Swrve is more than just a mobile messaging platform. The team is always there to support us whenever we need strategic direction or if we want guidance with respect to how we may further elevate our messaging campaigns.”

We are delighted to partner with Permanent TSB to help them scale their operations and achieve their engagement goals.

Download the case study or read more of our client success stories.