What Does the Blizzard Activision Acquisition Mean For Games?

Last month, Microsoft announced plans to purchase Activision Blizzard for a staggering $68.7 billion—that’s 17 times more than what Disney paid for Marvel. The massive buyout has made it the biggest deal in the history of the video game industry and Microsoft’s largest-ever acquisition.

If the deal goes ahead, Microsoft will become the third-largest gaming company globally in terms of revenue as it gains control over some of the industry’s top franchises, such as Call of Duty, World of Warcraft, and Candy Crush.

Since the announcement, fans, developers, and gaming companies worldwide have been asking: what does this change mean for me?

What Game is Microsoft Playing?

Big dollar acquisitions aren’t new in the video game industry. Activision itself merged with Blizzard in an $18.9 billion deal in 2008. In the last decade, Microsoft has become particularly aggressive in its approach to purchasing development studios to take over their intellectual properties and make them available exclusively on their platforms.

This is all part of Microsoft’s strategy to increase subscriptions to its Game Pass service, which gives subscribers (currently over 25 million) access to an extensive catalog of games in exchange for a fee of $15 per month. Activision Blizzard adds a new attractive range of franchises to Microsoft’s portfolio, which it can make available on Game Pass, attracting even more players.

The Netflix of Gaming

If it wanted, Microsoft could decide to keep these newly acquired franchises exclusive to Game Pass and its own platforms. For a PC player, this might involve simply moving away from Stream and onto the Microsoft Game Store. However, for Mac and PlayStation, users could be forced away from these consoles and pushed towards a PC or Xbox if they wish to play new entries in the future. 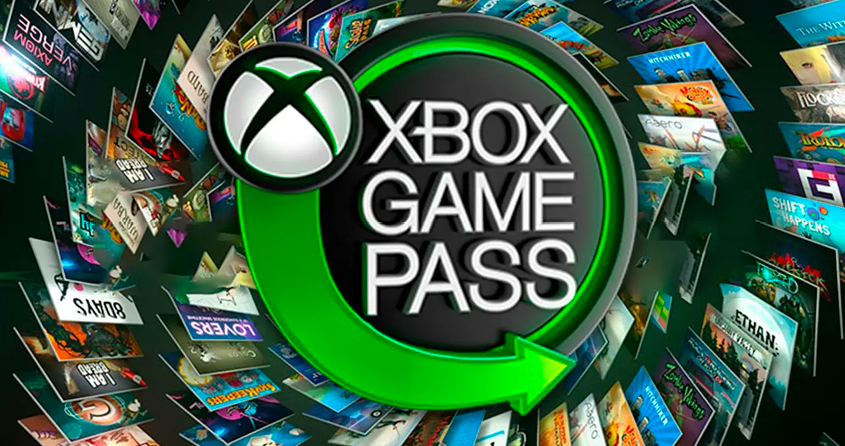 Call of Duty, World of Warcraft, Diablo, and Hearthstone are all their own ecosystems where players can make in-game purchases on battle passes, cosmetics, and access to new content. As a result, Microsoft has essentially purchased existing ecosystems consisting of millions of committed players happy to contribute their time, money, and data in exchange for the gaming experience.

Microsoft views games as content. It doesn’t seem as interested in creating games or selling consoles as deciding where and how we play them. Through its Game Pass service, it has laid down the foundations to become the Netflix of gaming, the hub for all content.

Becoming a Player in the Mobile Space

While these franchises are enormous, there’s another crucial element to the acquisition—what it means for mobile gaming.

Data from Statista shows an estimated 3.24 billion gamers worldwide in 2021 across all platforms, consoles, and mobile devices. A report from DFC Intelligence reveals that only eight percent of gamers identify exclusively as console gamers, meaning most play across multiple devices i.e. a multi-device player with several avenues available to spend gaming time.

Morning Consult takes a closer look at the industry, polling gamers in the United States on their playing and spending preferences. The results show that mobile devices are dominating the market. And the consumer spend from last year reflects this. According to Newzoo, 59% of the $180 billion in gaming revenue from 2021 was generated from mobile games. 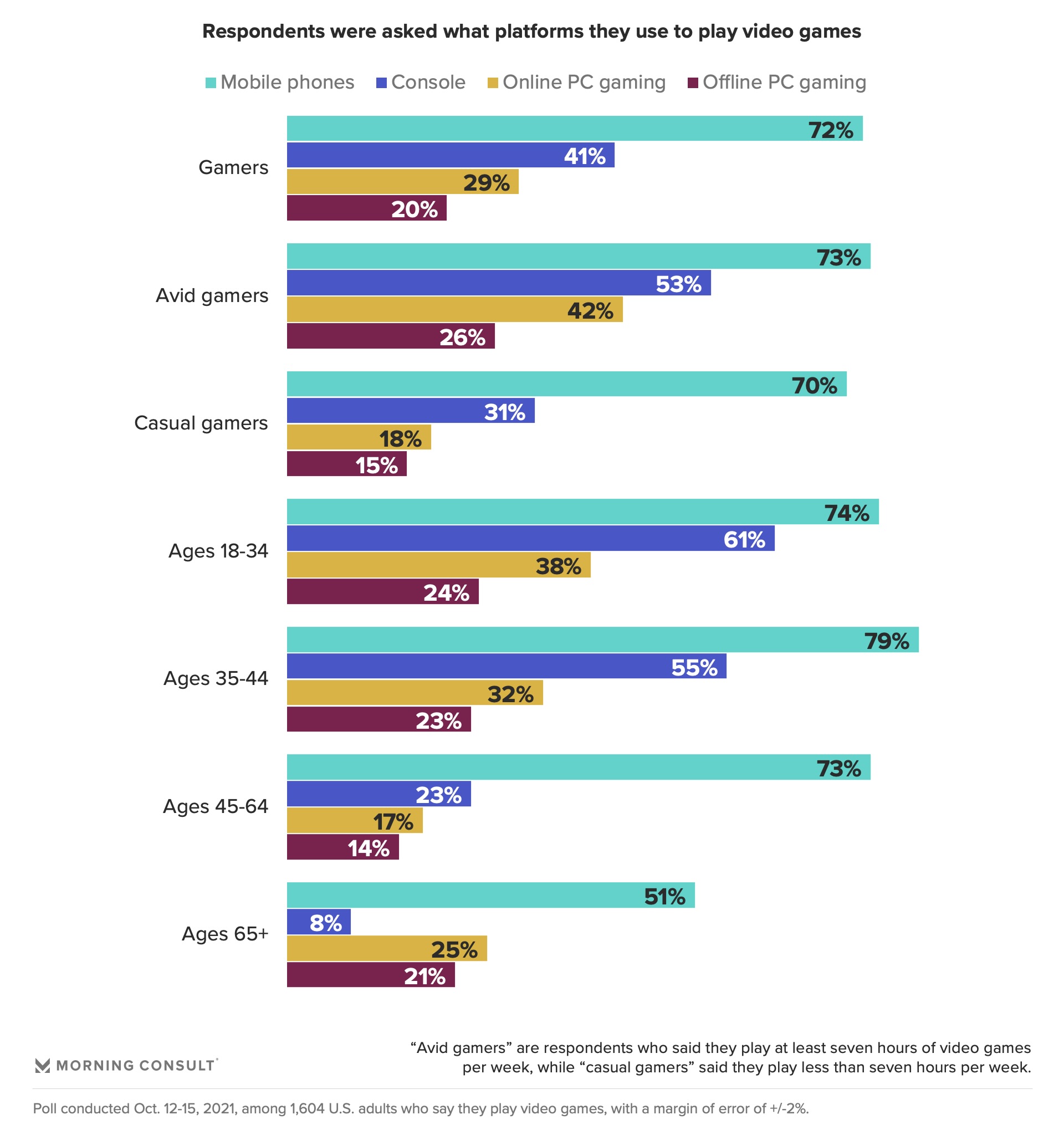 And it’s easy to see why. The widespread growth of smartphones and the fact that most mobile games are free (with optional in-game purchases) make mobile the most accessible gaming device.

Over the last couple of years, Microsoft has tried to break into the mobile gaming market. Unfortunately, most releases were generally disliked due to lackluster gameplay performance, aggressive paywalls, device incompatibility, and upfront download costs. Moreover, Microsoft failed to market its mobile releases effectively, which undoubtedly added to the struggle to retain and grow a player base.

Along with Activision, Microsoft will also acquire King, the mobile game developer and publisher best known for creating Candy Crush and other globally popular mobile games. 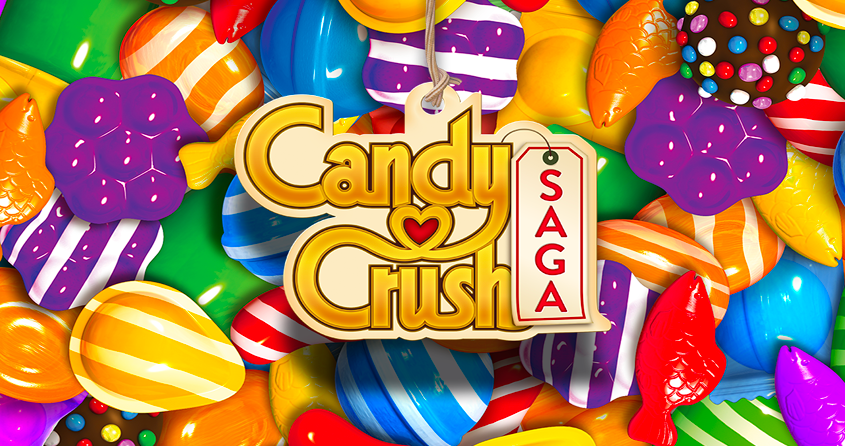 Using King’s expertise and capabilities, Microsoft can finally compete in the mobile space. It will now have access to top publishers and developers who know what it takes to develop and market a world-class mobile game. So, the future looks bright for Microsoft’s mobile gaming success.

Of course, we can't forget about the impact that Microsoft's growing mobile presence will have on Game Pass. With this newfound success, will we see the launch of a mobile version of Game Pass in the near future? Will players have the ability to stream titles to their mobile devices? Only time will tell, but it would be hard to believe if it wasn’t on the table for discussion.

The acquisition and how Microsoft leverages Activision Blizzard’s assets will undoubtedly impact the entire gaming industry. It could change how developers and designers build, maintain, and market games, and it could govern how smaller game-makers and studios submit their work for consideration. Whatever the future holds, it’s indisputable that the deal is of importance to all gaming stakeholders.

While most of the acquisition’s focus is on Call of Duty and the other leading franchises, the value that seasoned mobile developers and publishers will provide cannot be underestimated. The deal provides Microsoft with access to a top suite of mobile titles at a time when mobile gaming is the fastest-growing part of the most lucrative entertainment channel in the world.

And with the possibility of a mobile-powered Game Pass, the opportunity to make the gaming experience better than ever on mobile, and the potential for future best-selling mobile games, Microsoft will have everything it needs to finally establish a foothold in the mobile gaming industry.