What Pokemon GO Means for Location and Mobile

Among the many things that we have learned about Pokemon GO in the past week is that the addition of real-world location to mobile entertainment - and arguably mobile services of any description - really has the ability to transform an entire industry.

This has been an interesting wake up call for the mobile industry, and not just those directly involved in games. In that particular vertical, there’s been a certain amount of stagnation, with a few big names (disclosure - many of them Swrve customers) holding the majority of the market, and perhaps a lull in innovation as the mechanics of free-to-play have been ironed out.

Almost in the same way that the Nintendo Wii shook up the console market, Pokemon GO has opened everyone’s eyes to new opportunities associated with mobile, and just how compelling location-based entertainment can be. The game has already overtaken Twitter in daily active users and sees people spending more minutes in the app than on Facebook. Quite an achievement.

True to form, these past weeks in our office have largely been spent taking tactical Poke-walks, creating Slack channels dedicated to the topic and geeking out in-depth about all the possibilities for the game. From in-app functional training (it took me longer than I’d care to admit to discover how to hatch an egg) to location capabilities, we can’t seem to keep our minds on much else. 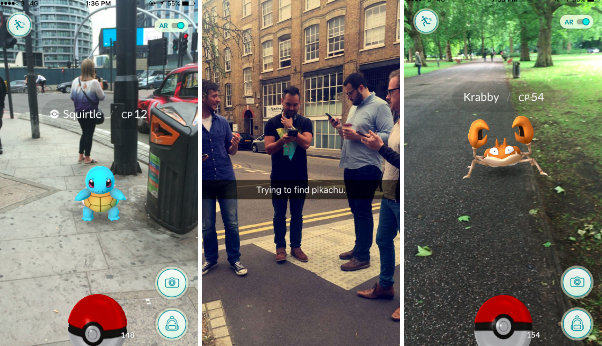 We love all things location here at Swrve, which is why we can’t stop thinking about all the potential for both amplifying the location based technology in the game, but also what this might mean for other industries.

Perhaps most obviously, it won’t be long before the shops and locations that have become familiar ‘Pokestops’ try their hand at cashing in on this opportunity. The new age of Pokemon Trainers aren’t shy about wandering into just about anywhere if there’s word of a Bulbasaur in there after all!

Since businesses are already cashing in on being Pokestops, the game’s developer, Niantic will surely want to drive revenues from the same source. Rumour has it that Niantic has plans to invite retailers, restaurants, and other locations to sponsor the Pokestops - and as a range of mobile entertainment products begin to combine location with virtual content, that’s a trend that will only continue.

The game already monetizes via in-app purchases that increase the players’ chances of catching rare Pokemon, but banking on location and charging businesses for their cut of the action could increase their revenue even more. The real-life element to the game is what has people hooked - with good and bad results. There’s no two ways about it, Pokemon GO is transformational: the question is how this new awareness of what location can do will influence the mobile offering in other verticals.

Watch this space - but keep your eyes on the road!