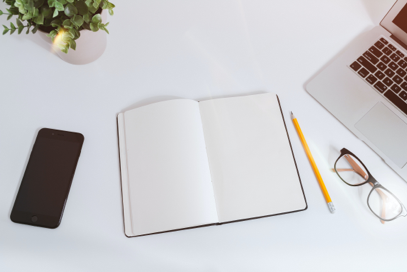 At Swrve, we only allow customers to track data they own; data sent to Swrve is not used by any other external companies. Making Swrve fully compliant with ATT.

Facebook has started testing notifications to users about Apple’s privacy changes. Investors fear that the changes Apple are bringing in with IDFA (coming up with the update to iOS 14.5 in the next few weeks) could significantly impact Facebook’s business moving forward—and rightly so. The changes to Apple's privacy settings will make it harder for Facebook and others to collect data on Apple users for ad targeting.

We believe users should have the choice over the data that is being collected about them and how it’s used. Facebook can continue to track users across apps and websites as before, App Tracking Transparency in iOS 14 will just require that they ask for your permission first. pic.twitter.com/UnnAONZ61I

The overall program is called App Tracking Transparency (ATT) and it basically means that app developers will need to collect an explicit opt-in from users before accessing their Identification for Advertisers (IDFA). It is believed that very few people will opt into having their IDFAs tracked, which is problematic for advertisers as the IDFA is the primary means by which iOS advertising campaigns are measured and optimized.

With the deprecation of the IDFA through the ATT framework, Apple removes this critical advertising measurement and optimization tool from the mobile advertising system. In this way, Apple becomes privacy centric and transmits app attribution data (and a very limited amount of in-app event data) at a campaign-centric aggregation level, versus the user-centric aggregation level that is made possible with the IDFA via companies like Google Analytics, Firebase, and Flurry, etc. In other words, advertising networks can know that a given campaign produced an install, but they won’t know which user generated that install, and they’ll learn very little about subsequent activity in the app after install.

This means any iOS apps using Google Analytics, Flurry and Firebase SDKs will need to migrate off them promptly and instead use an analytics tool not owned by a company that displays ads.

At Swrve, we only allow customers to track data they own; data sent to Swrve is not used by any other external companies. Making Swrve fully compliant with ATT.

Marketers now (really) need to take ownership of their customer data, get rid of third party systems, and ensure that they are using that data to enhance the customer experience, and not just increase their own profit margins. To quote Tim Cook, “Too many are still asking the question 'How much can we get away with?' when they need to be asking 'What are the consequences?'”.

Any approaches that rely on third-party data will be put under pressure in the coming weeks—which means marketers should start to develop processes for collecting and monitoring their own data now.

For more information on how Swrve processes data, please read our Data Protection Agreement. Or, if you have more questions, arrange a call with one of our experts.